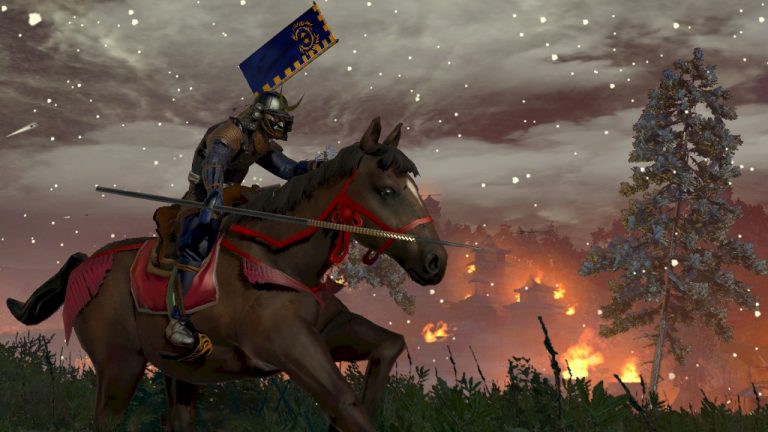 Strategy games in real time are living a second youth in the world. After explaining several times with small touches of Total War: Shogun 2 gameplay, this time the Creative Assembly has decided to offer us an overview of changes made to the multiplayer. They managed to enlarge their creative skills with ambitious projects, renovating the Total War franchise to its suspected developers. In last few years they had successfully managed to establish dozens of technical and gameplay changes that have been followed and reproduce by many others. Among the games to highlight the study, Empire: Total War, stands by its own light. It was the first of a new generation of video games based on the saga of Total War. Its complexity and its expansion served as a turning point in the germ and the playable titles, including this Shogun 2.

Shogun is a miniseries with its own light within the Total War universe. In fact, one could say that it is currently the only part of the Total War franchise that is playable directly from the origins of the saga. Leaving aside the shells, bullets and cannons of the previous episode. Shogun is based on Asia melee clans and fights for power and absolute control of the sixteenth century in Japan. History kill the remaining semblance surely of social life among its fans, however The Creative Assembly has determined to push the experience even further with a complete overhaul of the multiplayer game. The word revolution had even been suggested to describe their work. In this game we found that while the operation, players can now share the victory conditions of battle with their allies and also the management of their units. These small changes are though smallest importance in light of everything that was presented to us.

The game starts just after the War of Onin. The different clans and warlords, known and addressed by the shoguns, fearsome warlords are fighting among themselves for control of virtually devastated Japan. Our mission will be as large as almost impossible: dominate the whole to prove our supremacy as God-Emperor of Japan. At the very beginning of the our military campaign, we must choose one of the nine clans available. According to our choice, we start at a site or specific geographic location of Japan, and established relationships and policies with neighboring clans, allies or enemies. Remember that in Shogun 2: Total War, there are two distinct playable parts. Each is completely independent of each other, but is very closely linked with each other. In the second part of Shogun, we have a real time strategy game where the action will occur before our eyes.

The other part, playable strategies will focus on political, social and diplomacy that we use to emerge victorious in the tottering kingdom of Japan. A screen appears, therefore, a character that represents you but still above the head of your armies in the thick of the action during your multiplayer games. Gradually, as you progress, you can customize by changing bit by bit the pieces of their armor, as you will be able to change its color. If these changes are only of aesthetics, we need to collect full sets of armor that will unlock new retainers, a kind of bonus boosting the capacity of some units of your army.

There are a total 5 locations for retainers that will unlock the passing of your exploits. Strategically, it is a return to origins. Shogun 2 is much simpler and straightforward than its previous episode. At the tactical level, and being based on a very specific time, the game has become radically more simple, basing its rules of war in fighting face to face and body to body so common and normal in feudal Japan. The behavior and types of units may seem at first glance somewhat limited compared to previous titles in the franchise, but nothing is further from the truth.

As in a classic RPG, the player will be responsible for distributing points in a skill tree with four branches. Enhance leadership of your general will give a power of control over his troops. You will also be possible to improve its ability to use a bow, fighting hand-to-body and everything perfect related to potential physical (including speed and endurance). Before a game, each player will also have a unclear idea of the details of the opposing general. Like your preferences concerning the composition of your army elsewhere. What you push to adjust your tactics based on the strengths and weaknesses of your enemy. Similarly, those who have the annoying tendency to leave a running game too early will be rigged with a negative reputation. Now you know who you’re dealing with.

Though the basis of the battle is simple, but the options have increased accordingly, allowing new shares to be playable that have been never seen in the Total War series. Among them, we have the emergence of innovative special units, such as Ninjas or Geishas, which can be used in very specific missions or when they are required. And now, these characters may have evolved through a fully customized and unique development. The assault on strengths also makes an appearance, and we propose the challenge to attack and conquer complex mazes based on walls and moats. At the tactical level, the assault is a novelty within the franchise. What once was solved with brute force attacks based on complex machinery vertical siege and attack now becomes an entire issue of intelligence and rationing force. Though what everyone expects to see and play are the naval battles, but they look really motivating. Ships are made capable to transport the transporting troops to and fro; huge ships full of archers that can serve as a hedge for our legions on the ground, etc… The tactical possibilities are endless, especially in a country made up of hundreds of islands like Japan.

Players can also outline small groups and can travel to the assault of 77 Japanese territories together. This time the goal is combined because it obviously will finish top of a general classification which included other players’ associations. To do this, it will score points, as in any sport, conquering areas of the map. Other minor variations such as spice parties should be especially challenging when it comes to fighting for the good of a group. There are matches that can be played in 1v1, 2v2, 3v3 or 4v4. A system of promotion and descent will also put in place to motivate the players. More generally, there is also a very complete individual classification to distinguish the best military strategists in the grass. Whoever reaches the top of the standings will be also given the title of Shogun.

The multiplayer mode we propose to fight against other players from around the world in a huge map of 64 regions. Little by little, every time we try to win one of these regions, we will play against another player who occupies that region, so that all players can play on the same map. Gaining experience as we go, we can unlock and upgrade certain units, achieve new goals based on our troops because of some advantages. To make matters worse, each player will have a general who will serve as avatar, and identify other opponents and friends. This will usually be fully customizable with skills, experience and unique individuals.

It seemed to us during this battle, which has also resulted in a crushing defeat that the difficulty had increased. Artificial intelligence has continued to use various tactics to undermine our defensive strategies. And both say that it worked our troops who are often decimated by vicious attacks, based on a blank diversion and offensive to another. Another complication came from the peasants especially cowards who have tended to flee the battlefield at the slightest disappointment. A feature of these parties was obviously very hilly territory with Japanese maps promoting the archers who can throw their arrows stashed on the hills. The Creative Assembly has invited a few games by making two against two. Once again, we note that the foremost is the pleasure taken during these games. Shogun 2: Total War may offer a complete experience with more than a captivating single player campaign and exciting multiplayer game.

Despite the pace of publication of important episodes in the Total War saga, developers are not falling regime. With better still, each new component has the opportunity to test the talents of The Creative Assembly team. Shogun 2: Total War does not break the circle since the game still enjoys a significant number of improvements. This time even with the multiplayer aspect, which up till now was not a priority for the English developer, but now gained the interest. We should also not that the Creative Assembly is putting a lot of care and affection from the menus and graphics, to the songs. As usual, it has a powerful graphics engine, with good lighting, modeling and texturing, and the ability to move hundreds of units in large scenarios on the screen without breaking a sweat. After two good deliveries, but too ambitious and not very fresh, it seems the way of the samurai back again to the guys at Creative Assembly on the path that should never lose. Now, what we have to do is to wait until March 15, 2011.