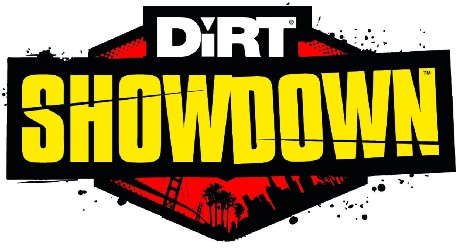 Dirt Showdown is a action packed racing game which is a perfect combination of combat and racing. It is not too much bended towards combat but you can use your car to dash opponent. Remember that some cars have weak body and you cannot try that with every. There are certain specific models which create heavy impact when used with speed and boost. The game is a blend of fantasy and arcade mode. High graphics, awesome graphics, etc make the game more challenging. This game is bit different in comparision to other.

Dirt Showdown is based on different Seasons which offer more complicated and action packed races. This time the players have chance to hit hard the opponent and kick him out of the gameplay. Anyhow there are not special cheats that you can play. All it matters is that how you can control the car. The dynamics and control are more frequent and they are not similar to any old racing game you played. Car response is too high. So the game best suits on Xbox. There are certain tweaks by which you can modify the car responsveness based on your key controls on pc. But for that you will need to modify the game file which is not recommended. Dirt Showdown is based on Four different seasons. They are :

Later this season are divided into 8 to 9 racers each which in last led to the season final. There are around 11 different locations choosed for race tracks. This race tracks consist of all challenges and tough gameplay that every racer looks for. Anyhow you can see the list of locations that Dirt Showdown has :

Below is the complete list of all racers invovled in this game. So here you can keep a track that after what amount of race win you can reach finals. After final you will enter another season which is more challeging. The opponents become stronger and you need to follow the right startegy in wining up the game. Try to learn best the control and the right time to use boost to gain some distance.

The first part of the game in intro part which will tell you the controls and the gameplay. Inshort you can figure how to play this game. Nicely disigned cinematics, and game settings let ou to do maximum customization. The game intro begins with some smashing cars where you will learn how the controls by controlling a Ratrod car. The motive here is to just learn the controls and understand the technique of gameplay. What mattesr more is the turns which is going to eat your time. It is necessary that when you are driving to manage proper speed try to take a steep turn from the edges. This will not draw your car far away and smash the borders. The best thing to check in starting level is the there are ample of space at the time of taking a steep turn. Another things to check is the health and boost meter at the bottom right of screen. Boost is another important things which can help you to gain a few secons ahead of your opponent. As you are near or taking a turn you can hit boost. You must take care that the tracks in Dirt Showdown are different. The tracks roads crosses each other on various part where opponent can hit you or you can hit your opponent. This not only reduce your speed if the car is not strong you are out of the race. Other than this can see a health bar on the top of car. So as you keep on hitting you can destroy the care which is low on helath and get rid of opponents. Winining every round will reward you so that you can get upgrades.This amount will help you unlock more cars ahead. Also wining everyround will only unlock the next level.

Three things you need to consider before choosing a car. Power, Handling and Strength.Every mode needs different type of car. Like for racing type better handling is needed while for knock out type better strenght is needed. So keep a an eye on the car meter. They show how much strenght the car owns and you can still buy upgrades for every car when you win a race.

The next upcoming season All Star, Champion and Legend season brings more competition.