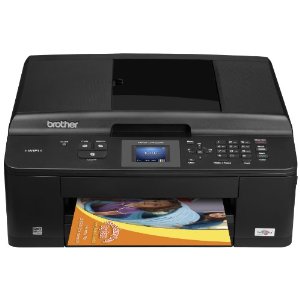 Emil Yau of Yakka, Inc., is pleased to announce the launch of its new website: Best All In One Wireless Printer.  Computers, networks, and technology have been one of the fastest evolving consumer areas.  And with the boom of functionality in wireless devices such as iPhones and iPads, wireless printers and all in one wireless printers are becoming hot topics for small home offices.  Emil Yau, of Yakka, Inc., is an internet programmer and marketing consultant.  After Yau’s own experiences including hours researching new printers for his home office, he knew he wanted to put up a website to help make it easier for others after him to do the research.   “Printers are such a lucrative and competitive market, the research of products can be very daunting”  Yau states, as he talks about how he found this out when researching a printer for his own use.  “I decided maybe it was time to get a new printer to replace my eight year old HP printer.  Lo and behold, I was already about an hour into my research into printers and felt that I had barely scratched the surface”

From there, Yau planned to funnel this experience into the Best All In One Wireless Printer website.  He will include product information, reviews, and tips and terms to know: what you may be able to forego and which you may not want to live without.  He also plans to cover the top printers from the top manufacturers including Brother wireless printers, Canon wireless printers, Epson wireless printers, and HP wireless printers just to name a few. “My friends and I are geeks, so when it comes down to it we know how to research and we can learn very quickly what to look for.  I’m hoping to put these talents to good use on this website” says Yau with amusement.  “Let’s face it.  I would guess the majority of people out there would not find researching printers to be very fun.  This makes my friends and I perfect for this website because we find this type of thing a lot of fun! So if you want the best all in one wireless printer, research our site first”. Since the website launch, Emil Yau has held true to his word.  His group has already rolled out compiled research and reviews for a number of popular all in one wireless printers.  Yau plans to continue this trend for the upcoming weeks and months.