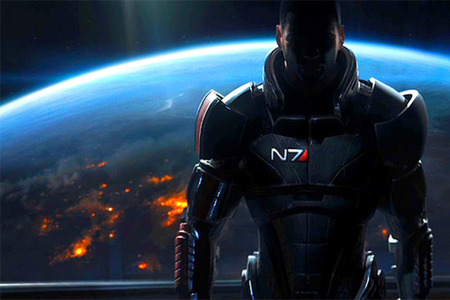 Free DLC Pack to Provide Additional Cinematic Scenes to the Ending of Mass Effect 3 this Summer.

“We are all incredibly proud of Mass Effect 3 and the work done by Casey Hudson and team,” said Dr. Ray Muzyka, Co-Founder of BioWare and General Manager of EA’s BioWare Label. “Since launch, we have had time to listen to the feedback from our most passionate fans and we are responding. With the Mass Effect 3: Extended Cut we think we have struck a good balance in delivering the answers players are looking for while maintaining the team’s artistic vision for the end of this story arc in the Mass Effect universe.”

Casey Hudson, Executive Producer of the Mass Effect series added, “We have reprioritized our post-launch development efforts to provide the fans who want more closure with even more context and clarity to the ending of the game, in a way that will feel more personalized for each player.”

The Mass Effect franchise is one of the most highly decorated series in the history of games, having earned over 250 awards from critics around the world. Mass Effect 3 launched last month to universal critical acclaim, receiving over 75 perfect scores. For more information on Mass Effect 3, please visit http://masseffect.com, follow the game on Twitter at http://twitter.com/masseffect or “like” the game on Facebook at http://facebook.com/masseffect. Press assets for Mass Effect 3 are available at www.info.ea.com.