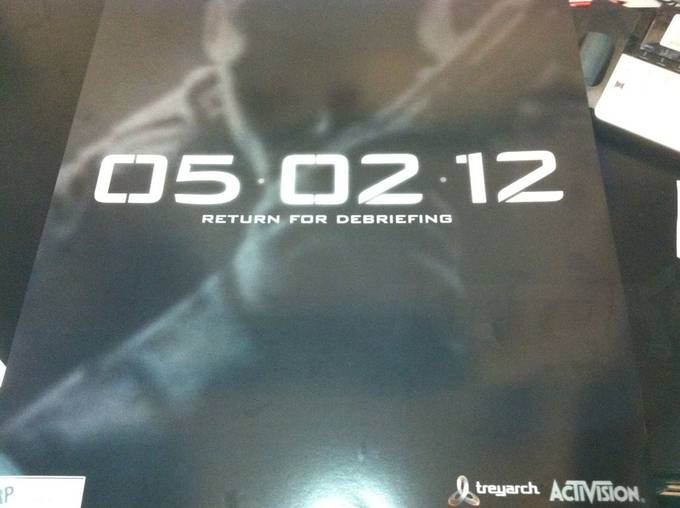 Black Ops 2, the next installment of the famous PC Call of Duty, is preparing for an official announcement by Activision. A poster published on the Internet says that information.

Become very popular after the release of the first Modern Warfare, the series Call of Duty culminates at the top of sales each year, to mark the release of new version of its ultra SPF nervous and essentially turned the multiplayer. The last component dated, Modern Warfare 3 has been a success in terms of sales, leaving widely predict that Activision will not stop there with his golden goose. A few weeks ago, we relayed in our columns the existence of Call of Duty: Black Ops 2 , the potential next installment in the franchise. Things were confirmed today with the publication of a photograph of a poster received by a retailer, indicating a date keyed to 2 May 2012 concerning the announcement of a “return for debriefing.” The report is directly think about the next installment of the Call of Duty series, especially the background of the first Black Ops is suitable. For now, Activision refuses to comment on this poster.