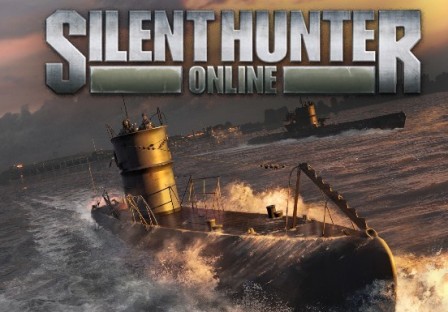 Ubisoft launches the battle for the atlantic with Silent Hunter Online.

Today, Ubisoft announced the development of Silent Hunter Online, a new free-to-play, browser-based multiplayer game inspired by the highly-acclaimed submarine simulation series. Players can get early access to the game by visiting www.silenthunteronline.com and applying to be part of the closed beta.

Developed by Ubisoft Blue Byte, the renowned studio behind popular PC game series such as The Settlers and Anno, in collaboration with Sproing, Silent Hunter Online promises players a realistic, constantly evolving submarine simulation unlike any other. The game takes full advantage of Adobe Flash Player 11 technology to bring stunning 3D graphics to browsers.

Silent Hunter Online sees the return of the large array of historically accurate submarines that made the franchise famous, and invites players to experience them online in new ways. At the heart of the game is “the Battle of the Atlantic”, an innovative dynamic campaign in which individual successes impact all other players through asynchronous gameplay. Also, for the first time in the Silent Hunter series, players will be able to play every mission of the campaign in co-op.

“This is the most innovative Silent Hunter experience ever created and we can’t wait to let our fans dive into the game,” said Christopher Schmitz, Head of Production at Ubisoft Blue Byte.

The Silent Hunter franchise has a strong community of dedicated fans around the world, with nearly 2 million copies sold worldwide since the first game was released in 1996. For more information on Silent Hunter Online, please check out www.silenthunteronline.com.