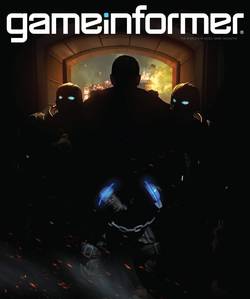 The E3 still manages to surprise. Microsoft will announce a Gears of War 4 at its meeting on Monday night.

It was least expected certainly not as early, and yet Microsoft have decided to present a new Gears of War at E3. The last episode of September 2011, there are doubts about a possible Gears of War 4. Marcus had closed last year, the trilogy of the franchise.

The mystery will remain unsolved until Monday evening. One thing is certain, Epic Games has actually worked on a new title in the franchise, which could also be a spinoff, a prequel of the franchise or an adventure parallel to the trilogy.

Game Informer has probably the key. The next issue will be devoted to this new GoW and coverage about it raises too many questions. It shows a character in chains, flanked by two soldiers. The context is difficult because the city, in the background, was destroyed by fire.

For big fans of the franchise to engage in speculation about the meaning of this picture and the story that would hide behind.