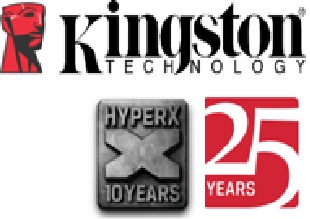 The memory comes in fast frequencies up to 2400MHz paired with high capacities from 8GB to 32GB, and is available in dual- and quad-channel kits. HyperX 10th Anniversary Edition Memory is backed by a lifetime warranty and free live technical support. For more information, please visit http://www.kingston.com/en/memory/hyperx

The online StarCraft II tournament in honor of the 10-year anniversary of the HyperX product line saw many gamers participating from around the world. Four winners from the tournament, along with two invited pro gamers will enter the finale. The top six battle it out to win one of four cash prizes totaling $15,000 and become the first-ever HyperX Champion in Las Vegas, NV, during 2013 International CES. For more information about the tournament, please visit http://hyperx.evilgeniuses.net/

“Since 2002, our HyperX products have been the memory of choice for gamers, computer enthusiasts, overclockers and system builders,” said Ann Bai, DRAM Sales Director, APAC region, Kingston. “The newly launched HyperX 10th Anniversary Edition Memory encompasses ultimate style and performance. As part of the Genesis family line, this stunning low-profile memory enhances the overall PC experience. In addition, hosting the StarCraft II tournament allows us to thank and give back to our customers and fans.”

Kingston is celebrating 25 years in the memory industry. The company was founded on October 17, 1987, and has grown to become the largest third-party memory manufacturer in the world. The 25th anniversary video can be found here, along with more information, including a timeline of Kingston’s history. 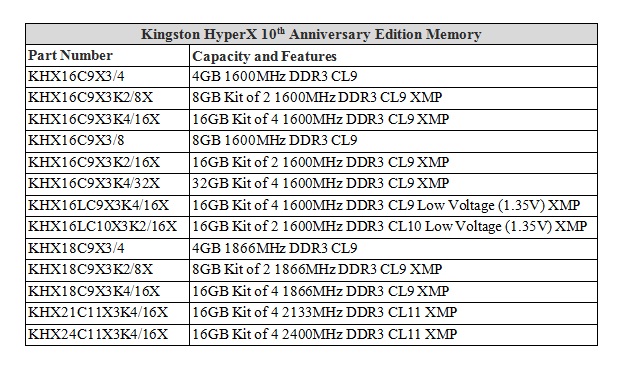 Kingston can be found on: