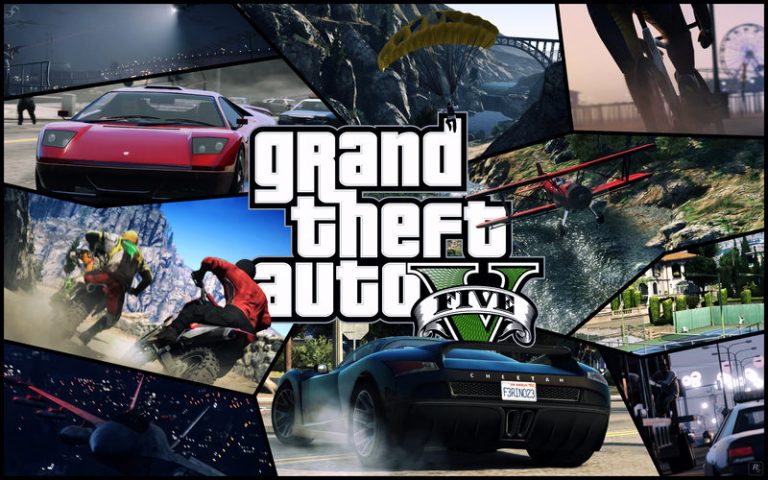 The publisher Rockstar has recently released the official cover of the highly anticipated GTA V, showcasing a structure in the form of boxes, like the previous games in the series.

Awaited by many players, Grand Theft Auto V (GTA V) looks already just as successful as its predecessors. The studio Rockstar has played the card of one-upmanship with this new album, in particular by before the world’s largest open series. In fact, the city of Los Santos was announced as large as the cities of GTA IV, GTA: San Andreas and Red Dead Redeption met.

In addition, this fifth installment highlights three main characters – Trevor Franklin and Michael – highlighting missions with one of them or met the trio.

Rockstar has just revealed the cover of the official GTA 5, showcasing a structure based boxes similar to the previous parts of the series. The three protagonists are particularly highlighted.

As a reminder, GTA V will be released September 17, 2013 on PS3 and Xbox 360. A PC version is also in sight, even though Rockstar has not officially confirmed its development.