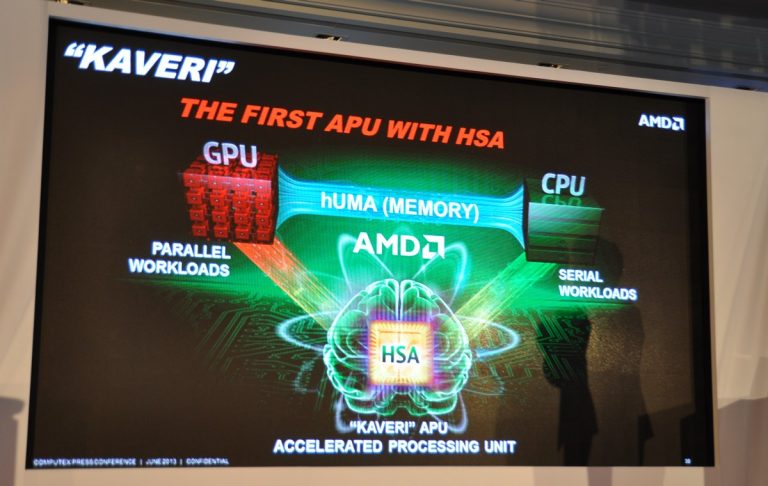 Announced, then delayed, AMD Kaveri APUs will appear on the market in 2013, as promised by Sunnyvale firm. At Computex, it made the first public appearance at a press conference.

Originally scheduled for the beginning of the year, the AMD Kaveri APU (Accelerated Processing Units) class will be well delivered by the end of 2013, AMD said on Wednesday morning at a press conference. The firm, at the same time, conducted a public demonstration of Kaveri with the game Devil May Cry, before revealing future chips for the first time, the socket size of FM2+ or BGA (soldered to a motherboard ). “The first boards were delivered to the partners and the launch will take place well before the end of the year,” promised Lisa Su, general manager of AMD’s various activities. 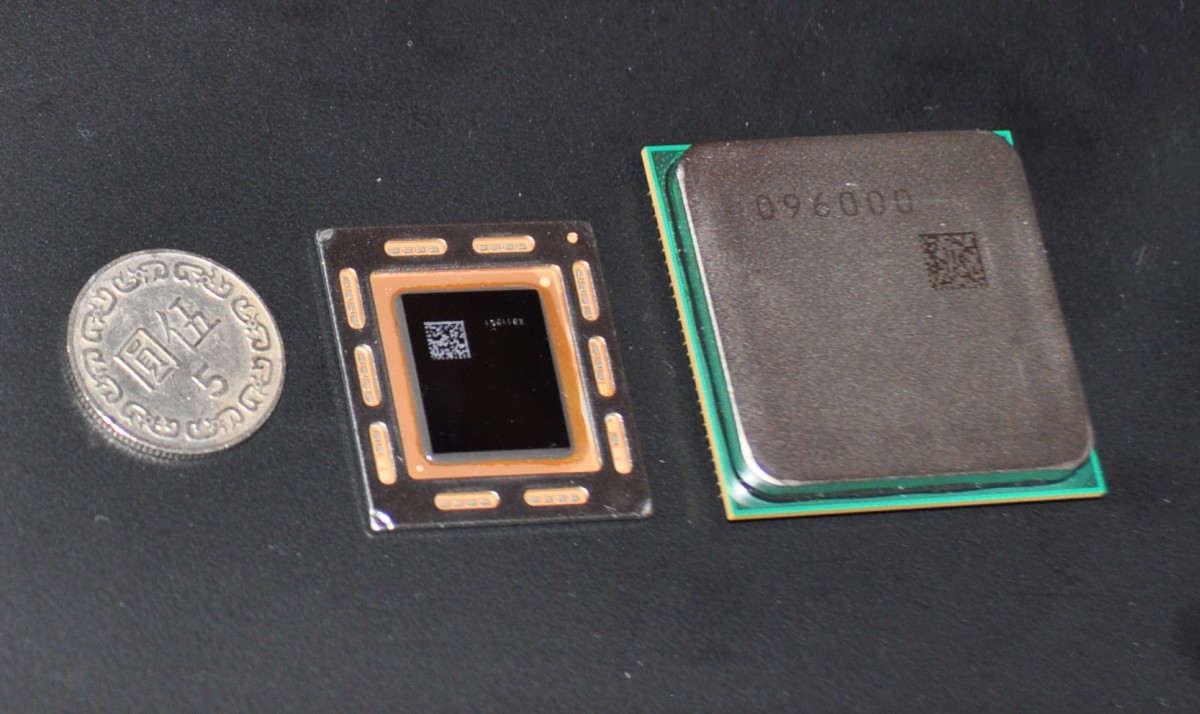 The Kaveri APU will also and especially be the first AMD processors to adopt the principle, long awaited, unified memory between the CPU and GPU, which must both help to minimize the impact of the exchange of data between these two components, but also allow developers to consider the APU as a whole during programming. This principle is part of the broader movement known as the HSA for Heterogeneous System Architecture, which assumes that it must evolve technologies (hardware as software) for chips of different nature (a CPU and a GPU example) work more effectively together.

Engraved in 28 nm, the Kaveri APU will also see their graphic part switch to architecture GCN (Graphics Core Next), and should develop the equivalent of a southbridge to manage natively most inputs/outputs. AMD is likely to deliver more details on the actual chips, expected performance and the benefits of Huma approach from the beginning of September.