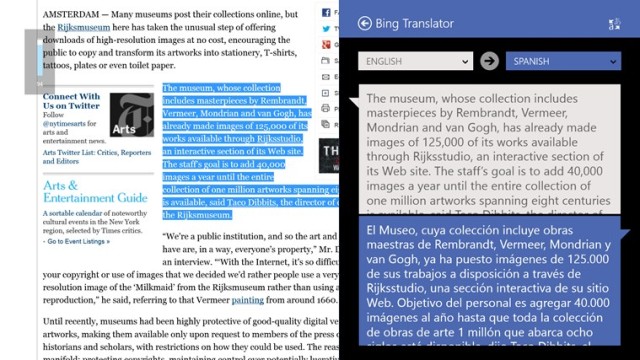 Microsoft announced the release of the Bing Translator Utility for Modern UI of Windows 8 and Windows RT interface.

There are several automated translation services, such as Google Translate, BabelFish, etc. Microsoft also comes in the market with Bing Translator and has also launched an app for Windows 8.

On its official blog, the Bing team says that the application in question comes from the work of Microsoft Research. It embeds 40 languages for translation on the fly for different phrases. Note further that it is possible to couple it with webcam. A character recognition mechanism will translate such a label. 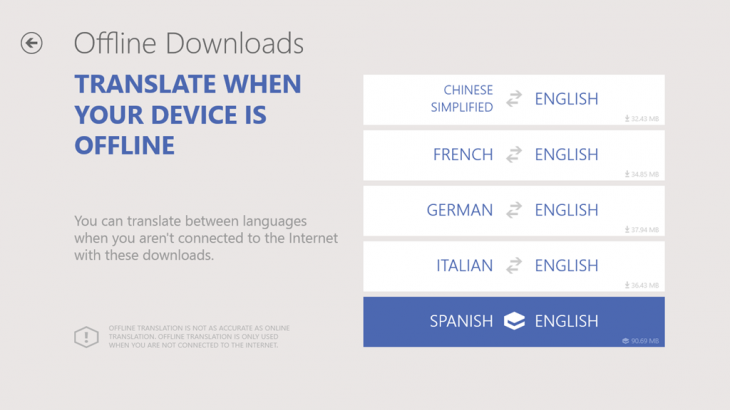 Bing Translator is also supported offline. The user is able to download six dictionaries for translation from German, Chinese, Spanish, French, Italian and Portuguese into English or vice versa. Microsoft notes however that the translation on its servers is likely to be better and said that local dictionaries are used in offline mode.

Note also that, Microsoft Research engineers are working on designing a new voice translator capable not only to translate but also to reproduce a voice in a foreign language. The question is whether Bing Translator will benefit one day from this technology or not.