It’s finally official that Google has bought Waze, an app specializing in mapping and GPS navigation. The transaction was confirmed on Tuesday. The amount, however, has not been disclosed.

Google on Tuesday confirmed through one of its blogs that it has completed the acquisition of Israeli start-up company Waze, to enhance its Google Maps service. The amount of the transaction was not disclosed. Several media, American or Israeli, are guessing a number between 1.1 billion and $1.35 billion.

Google says that the team in charge of developing Waze will remain based in Israel, and keep in a first independent operation of one of its own entities. “We are excited to improve Google Maps with some of the functions of traffic updates provided by Waze and enhance the capabilities of Google search,” suggests the firm in a statement. 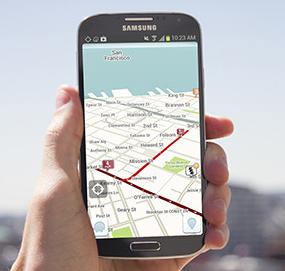 Waze is built on the mode of user generated content, as its maps and traffic information directly come from users, which can alter the name of a street or inform price of a service station in the line that offer collaborative services, like Foursquare. It will built its reputation on the ability by providing its free mobile applications (iOS or Android) to suggest alternative routes in case of closure, accident, etc; by other motorists.

Waze is now estimated to have 49 million users worldwide.