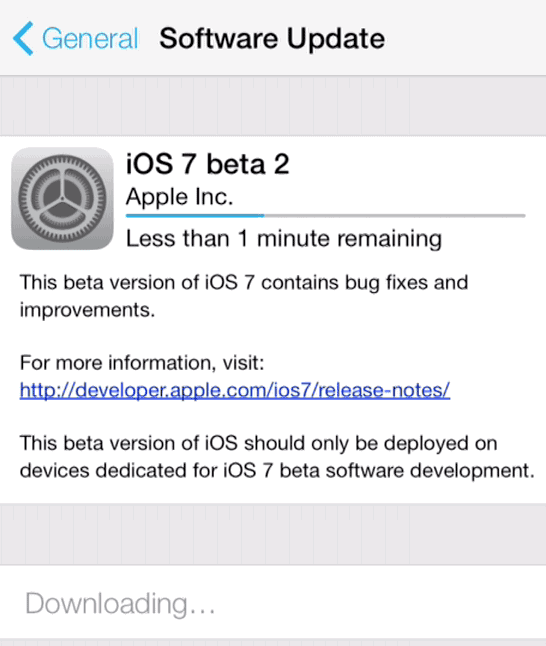 On the second Monday evening, Apple has released the new iOS 7 Beta 2 for download. The software is now available for iPad tablets, while beta 1 was limited to the iPhone and iPod Touch only.

Apple continues to work around with the future iOS 7, presented in early June at WWDC. The result comes in a beta 2 phase, posted Monday around some time, accessible via the direct download site dedicated to developers or update over the air to devices that are already equipped with the beta 1. On an iPhone 5, the download is 237 MB.

Pending review of changes made in this beta 2  is referenced as 11A4400f build. Followers of the iPad will appreciate to install it on their touch pads, since the beta was limited to iPhone (4, 4S and 5) and fifth-generation of iPod Touch. The software required to install on iPad 2, iPad 3, iPad 4 and iPad Mini are indeed now available for download.

This beta 2 is accompanied by a new Xcode 5 Developer Preview and a new beta firmware dedicated to the Apple TV, in particular for facilitating iOS to test applications leveraging the AirPlay function.

The installation of the software is officially reserved for registered members with the Apple Developer Programs. 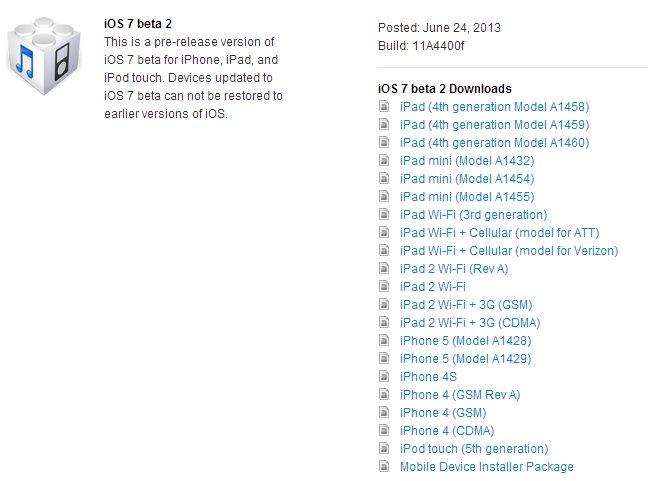