Wikipedia recently launched a new WYSIWYG Visual Editor to its logged-In Users, for now. The objective is to facilitate the creation and editing of content.

Wikipedia may well be extremely popular with Internet users, the list of contributors is falling for years. The participatory and free encyclopedia, funded by donations from its users, is often criticized for its austerity. So to motivate users to contribute to the addition of new information, it is now adding a WYSIWYG text editor (What you see is what you get), avoiding the need to focus on Wiki markup.

This new VisualEditor is available in alpha version for English for several months, but it is now the default to English contributors who are connected to the platform. It should be available in different language users from mid-July, but the previous version of the text editor, which allows you to use the Wiki tags remain available for the everyone. 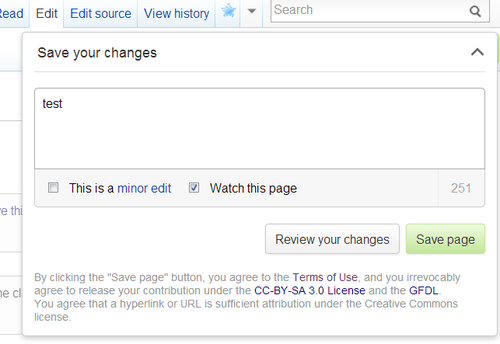 To the encyclopedia, it is “the most difficult software project that Wikimedia could work”, since integrating different Wiki markup to a WYSIWYG editor was probably a headache, moreover, some tags are still missing in the beta version of VisualEditor. Also note that it is necessary to have the latest version of Chrome, Firefox or Safari to use it, Internet Explorer is not supported “for the moment”.