The first performance tests for AMD FX-9590 Octa Core at 5 GHz begin comes on the Web. Will Intel compete seriously?

In June, the California firm Advanced Micro Devices has formalized a FX-9590 processor with eight cores and a frequency of 5 GHz.

While there is no doubt, rates suggesting with some shops that appeared online gave a final price close to 1000 dollars, we now seek the question of the performance of this processor.

It just so happens that the lucky ones who have had a copy of this processor in their hands recently posted benchmarks performed with tools such as 3DMark Vantage, AIDA64 or CineBench.

Below are the screenshots: 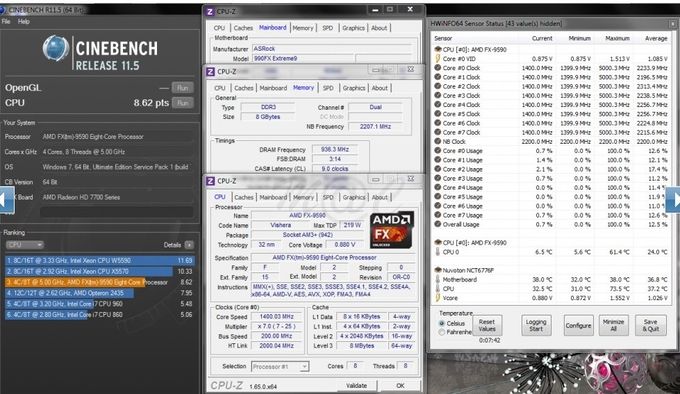 It is now expected to get a better idea of when it will be comapared with models like Extreme Edition from Intel, knowing that the AMD FX-9590 gets in 27,000 in 3DMark Vantage and the Intel i7-3970X comes to nearly 36,000.