Conflict since 2011 against Amazon regarding the use of the term “Appstore” to describe its market applications, Apple has decided to abandon the prosecution and closing the file cased.

In March 2011 Apple had filed a complaint against Amazon, saying the name “Appstore” used by the merchant was too close to the “App Store”. In addition, Apple has a right to intellectual property since July 2008 to this term. But for more than two years, the case dragged and led to nothing, and the California court in charge of the case had ordered the two companies to reach a settlement in early 2013.

In the end, Judge Phyllis J. Hamilton said Tuesday in a court hearing that Apple is committed not to pursue Amazon on the subject, and asked that the complaint be definitively rejected. The Cupertino company has, for the time, made no statement explaining the decision. 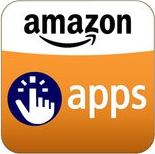 For its part, Amazon has responded quickly. “We are pleased with the final rejection of the case by the court,” said a spokesman for the firm. “We look forward to continuing our strategy around the appstore to make it enjoyable to customers and developers.” The e-commerce had never ceased to emphasize the generic nature of the term”Appstore” to describe an online application store.