Google announced the launch of some new tools yesterday called Google Cloud Print for all Windows users that can benefit from Cloud Print and Cloud Printer Service.

The first allows you to print to any printer on the cloud from Windows applications, such as Adobe Reader. It runs as a Windows service, allowing administrators to have the ability to connect existing Cloud Print printers in their businesses and schools.

The company says it will continue to make printing easier on as many devices as possible. Cloud Print was originally a project of Chrome designed to complement the company’s operating system, cloud-based Chrome OS. It was mainly to show people that you can perform basic functions on a daily cloud-based OS. Of course, printing is an important feature. 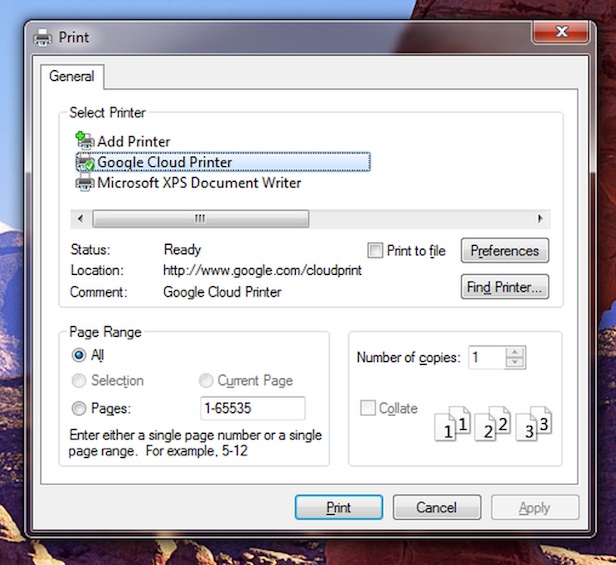 Although it was made for Chrome, the tool has also been designed to be used on any device, operating system or browser. It was officially launched in January 2011 and in December, six million printers have already been connected by the service.

Google recently launched a standalone Android application for Cloud Print that allows users to print any content from their Android devices on the connected printers. The application can also be used to print photos or documents from other applications, and track the status of print jobs.