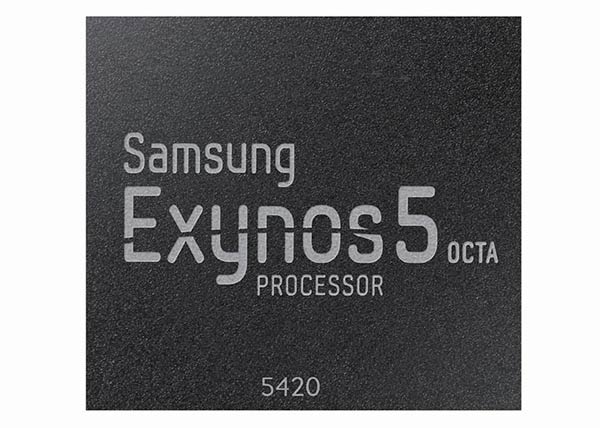 Samsung unveiled on Tuesday, a new all in one quad-core Cortex A15 Exynos 5 Octa processor of its range, which marks the return of a GPU designed by ARM Mali. South Korea promises performance upto 20% more compared to the previous generation.

At Mobile World Congress in Barcelona, Samsung launched the SoC (system on a chip) Exynos 5410 found today in some variants of the Galaxy S4. This week, the South Korean is back with the announcement of the Exynos 5420 Octa, which retains a similar structure, but shows higher operating frequencies, and marks the return of a GPU designed by ARM Mali.

The Exynos 5420 is thus based on four Cortex A15 cores clocked at 1.8 GHz, lined with four cores at 1.3 GHz Cortex A7. We thus find here the implementation little-big already in force in the 5410, that the core A7 take over core A15 when the phone works on background tasks, to optimize overall energy consumption and extend the battery life. The assembly is then fed by the two-channel memory LPDDR3 to 1866 MHz which will allow a theoretical bandwidth of the order of 14.9 GB/s. 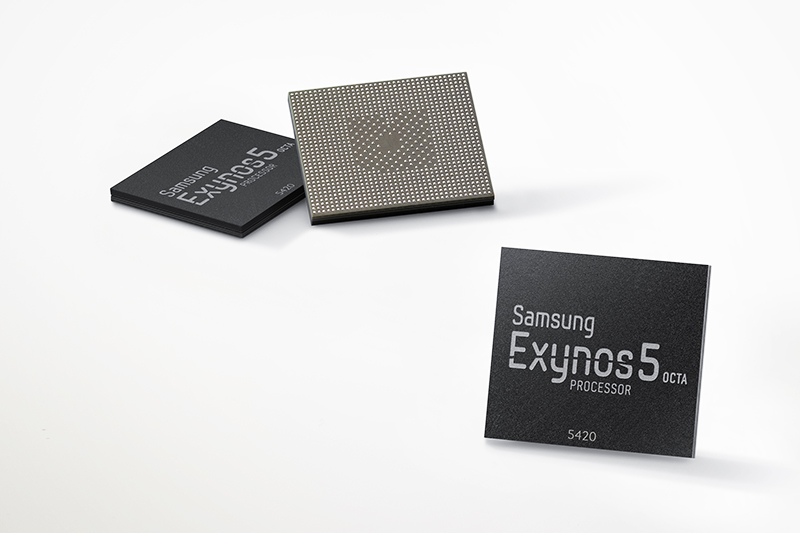 For graphics, Samsung comes here with a Mali GPU, namely, the T628 here in a configuration with six cores, when it was chosen for a PowerVR component in the Exynos 5410. It adds a piece of intellectual property of its own, called MIC for Multiple Image Compression, whose exact function is not yet clear. However, this would optimize exchanges between the GPU display and reduce power consumption of the whole.

We also find in the 5420 most of the features supported by the Exynos 5 Dual, announced in the summer of 2012, as the encoding and decoding video equipment until full HD at 60 frames/s, display on 2560 x 1600 pixels or WiFi Display. Samsung, which does not specify whether it intends to address the smartphone market or stick to the shelves with this new SoC, indicates that mass production is expected to begin in August. It remains to be seen how to include its new Exynos 5 Octa deal with high-end processors from Qualcomm, the Snapdragon 600 and 800, both in terms of raw power consumption and performance.