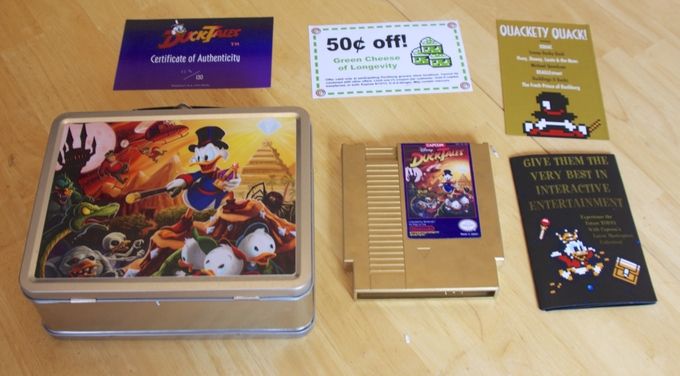 On the occasion of the release of the remake of DuckTales in HD, Capcom has reissued the original game cartridges for the NES, up to 150 copies. This very limited offer will soon tear in gold prices on the Internet.

Scheduled for release this week on PC, PS3 and Wii U in dematerialized format, DuckTales Remastered game looks like a remake for the platforms released in 1989 on the NES.

To mark the occasion, Capcom has decided to offer goodies rather convincing some journalists, that a repeat of the game on the NES and a golden cartridge will also be issued. The website Ars Technica has received one of the 150 copies of this ultra limited edition, including a metal box with the image of the game and flyers of the game. 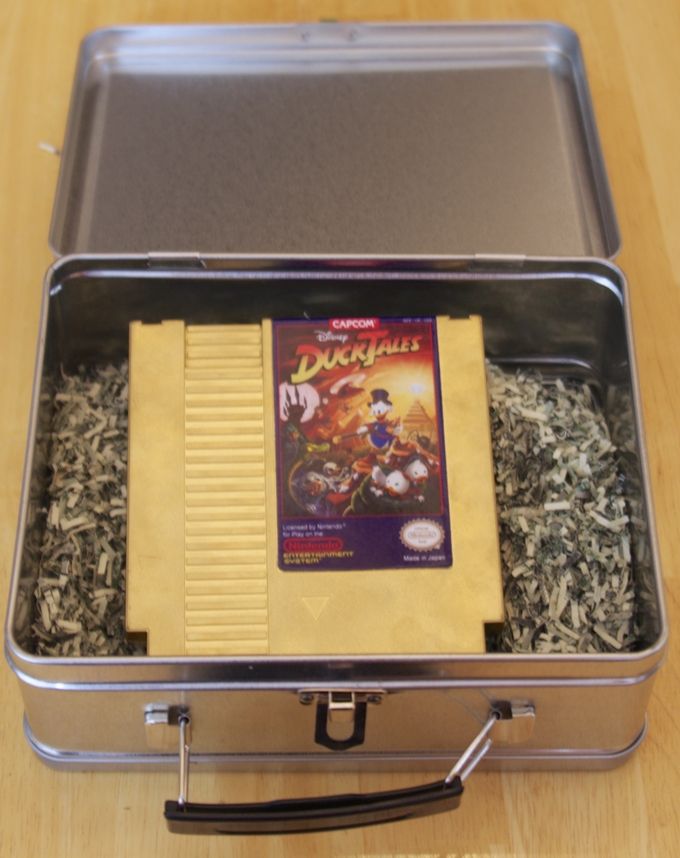 Important thing to note: the republished cartridge actually works on the Nintendo console at this time. It is clear that the few copies are published and sent, this package will be sold for high prices on the Internet, especially among collectors.