The editor Adobe announced the availability of new versions of its software called Photoshop Elements and Premiere Elements, which pass in version 12.

Graphics manipulation software Photoshop Elements is enriched with new features including the ability to share albums via the Internet for viewing on mobile. The mechanism is based on Adobe Revel to perform automatic synchronization and thus is similar to Apple Service attached to iCloud Photo Stream.

The manipulation of a photo is simplified with several new features. On the one hand, it is possible to move an object at a different location and then automatically fill its original location. Moreover, we find a correction option for flash reflections in the eyes of animals, they can not be adequately corrected by the conventional tool. 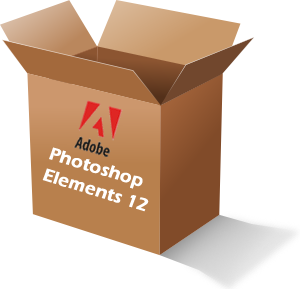 Also with simplified editing preferences, it will be easier to add a frame immediately and texture effect to a photo with a pre-configured range containing the most popular sets. Photoshop Elements 12 also facilitates the restoration of old photographs and applying special effects to the photo. Finally, note that Photoshop Elements 12 is now compatible with Mac with a 64-bit architecture, promising better performance.

For its part, the tool for video editing called Premiere Elements 12 now includes tutorials for editing a clip, whether to shorten the video, add transitions, titles or voice-overs. Also included is a range of 250 effects, tracking option to dynamically annotate a moving subject in a video or four new filters.