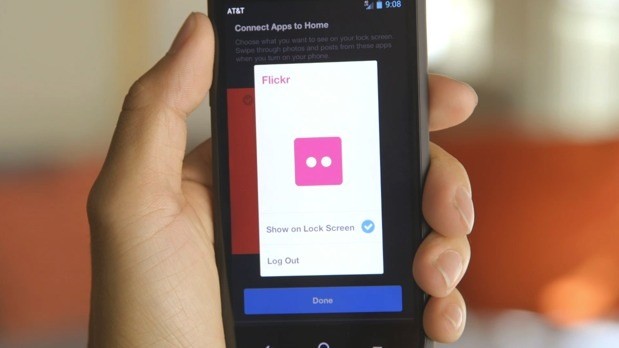 In order to find a second wind, Facebook Home application, designed to transform the Android interface to make it more social, now includes third-party applications within it. The question is whether this will be enough to attract more mobile users.

You remember Facebook Home? If this is not the case, no one will blame: launched on April 16 in the application is used for applying a software layer of facebook on the Android OS, which has not been very successful. After reaching – painfully – one million downloads in May, the service is discreet: it was rumored that Facebook was trying to optimize it back on center stage.

So with its new update, the social network has now announced that Facebook Home is enriched with new notifications. Now, users can link their Tumblr, Instagram, Pinterest and Flickr accounts to the application, and receive notifications for these services through Facebook Home.

The choice of added services is not trivial, since they are all visual since it is now possible to scroll content and view from Flickr and other services that rely heavily on the image, and much less on the text.

An approach that allows Facebook Home to be more open: it indeed quickly criticized the department to focus solely on the content of the social network, and to rule out other applications. The issue of privacy is also in the mind, and it will probably not dissipate, especially since the addition of new services implies to provide additional access to the application.

The development of the application however will not be available for all users. Only members of the Facebook group for Android Beta can experience this new update, before its next deployment to the greatest number.