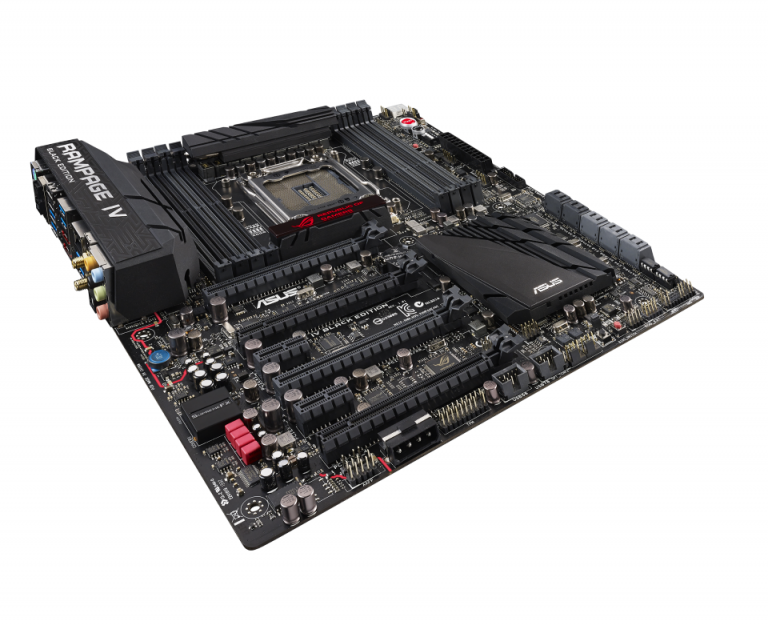 ROG assembled the best to break the limits
Rampage IV Black Edition has been modeled to delight overclockers. The motherboard is bundled with OC Panel, a real-time system-monitoring and tuning console that’s great for gamers and a huge advantage for overclockers. It can be mounted internally for everyday monitoring of temperatures, base clock and fan speeds with one-click CPU Level Up for an instant speed boost, or used externally for hardcore tweaking to monitor and control multiple parameters via on-machine buttons in real-time. Extreme overclocking has never been easier. Rampage IV Black Edition has plenty of room for multi-GPU setups, with support for both 4-way NVIDIA® SLI™ and AMD CrossFireX™ — so gamers can also unleash the full power of the latest graphics technologies. 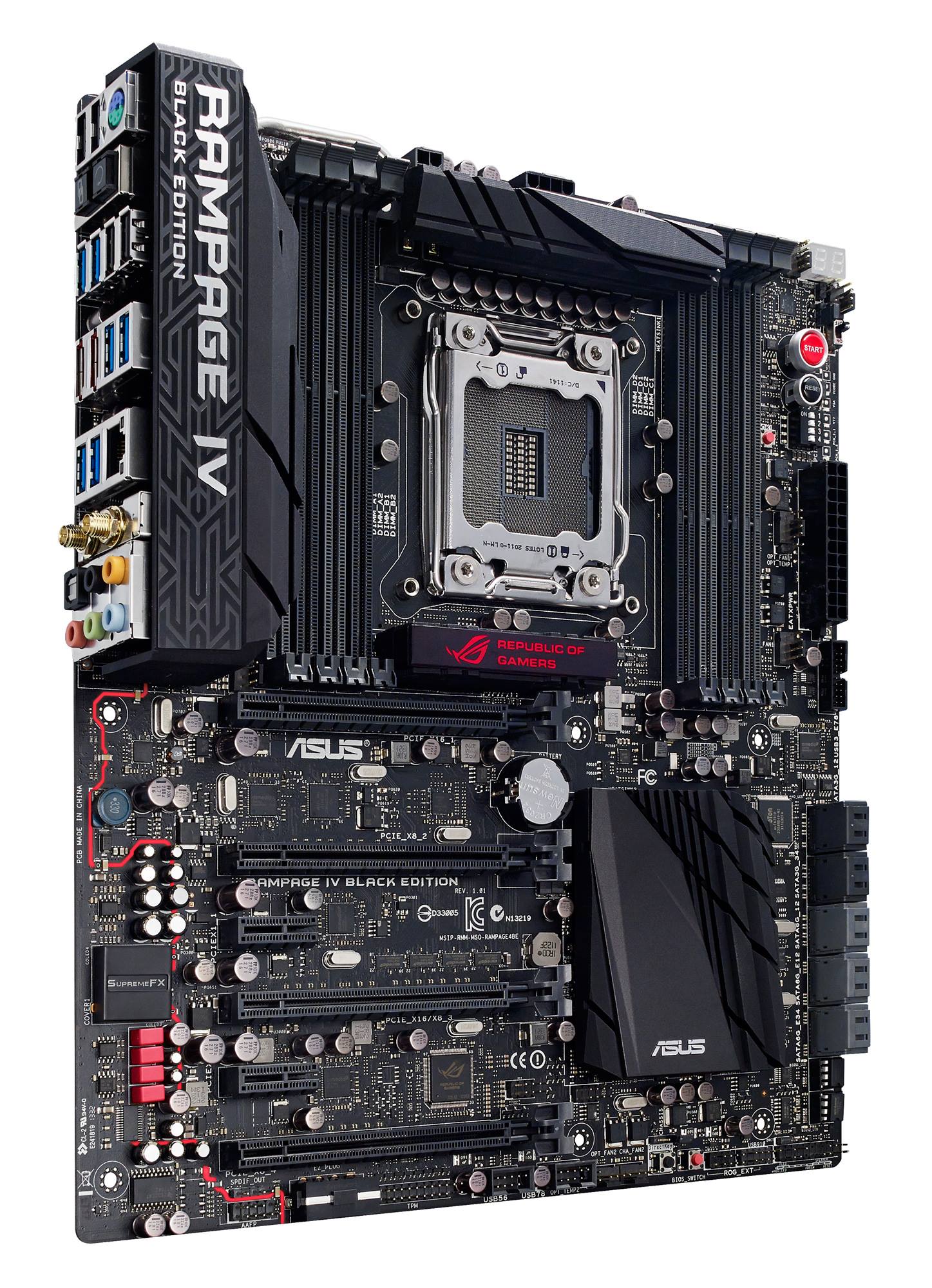 ROG’s Sonic Radar on-screen overlay provides fans of first-person shooter (FPS) games with an ear to the ground, as it displays the precise direction and origin of in-game sounds such as gunshots, footsteps and call-outs — giving ROG gamers a foot-up when trying to pinpoint the enemy. Ultra-fast Intel Gigabit Ethernet with ROG’s GameFirst II utility optimizes network traffic to keep latency to minimum and reduce all-important ‘ping’ times, while the ROG RAMDisk utility allows up to 80% of a computer’s available RAM to be dedicated as a high-speed virtual drive — lending a strong performance boost to the many modern games that regularly read or write data during play.

Stunning style to the core
Rampage IV Black Edition is undoubtedly stunning to behold — and the sensational black styling runs deeper than surface beauty. The new motherboard includes a UEFI BIOS that displays a friendly graphical interface styled with the gorgeous new black theme. As well as looking fantastic; Rampage IV Black Edition’s new UEFI BIOS is brilliantly easy to use with tons of powerful tuning options and the ability to set up overclocking profiles. Built in to the UEFI BIOS is Secure Erase, a feature that lets users quickly restore SSDs to a factory-fresh condition for the best possible performance.