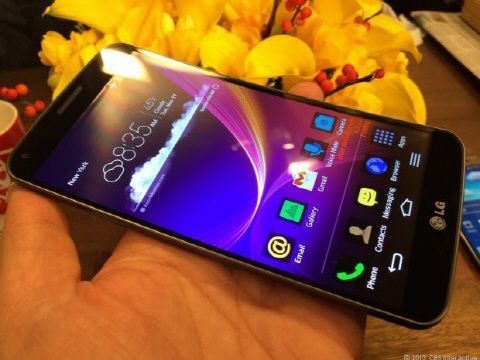 LG G Flex Electronics might be the only first attempt from the firm that is already preparing a new version of its flexible smartphone.

Failing to be really flexible, the LG G Flex still offers a screen to the curved shape. Flexible within a certain limit, its rigid chassis prevents the smartphone to deform as many would have thought the announcement of the first phones with a flexible display.

If Samsung has already announced to sell flexible displays in 2014 and foldable screens in 2015 directly, LG has, however, being a little ahead in this field since ZDNet indicates that its new G Flex 2 offers the feature of being able to bend to 90 degrees and it is already scheduled for the end of the year.

LG could well be the first manufacturer to offer a smartphone with foldable screen, and you can expect to see some changes happening in the design of the smartphone allowing it to take advantage of this unique feature.

Until now, manufacturers have always announced that the revolution of flexible screens that would offer more resistance to the user devices. The soft side of the screen will prevent it from breaking during impacts or excessive stress applied on the cover.

However, the production of this type of screen is limited, although LG has announced to launch a mass production, and associated batteries must follow the course and it should also get flexible. These factors explain why these early models are more expensive (€800 in Europe).

It remains to be seen how the act of offering a smartphone capable of folding at 90 degrees will make a change in the market and for consumers and at what price.