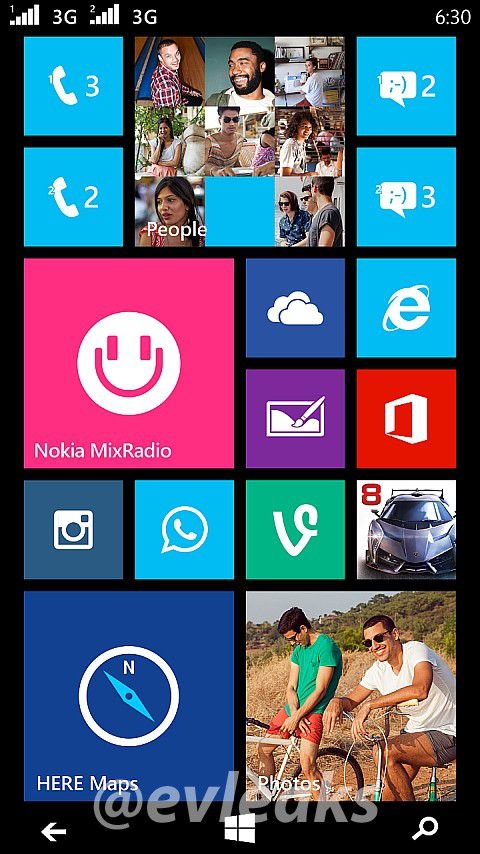 The first dual SIM smartphone from Nokia could be Lumia 630/635 which reveals slightly on Twitter.

The first Windows Phone 8 smartphone with two SIM card slots may be the Nokia Lumia 630/635 and bear the name of code called Moneypenny. This is again EvLeaks that evokes the existence of this smartphone via Twitter.

Scattered screenshot shows the home screen of a Windows Phone device with two SIM card indicators and the application Vine for Windows Phone announced, and also Nokia MixRadio. Details of the smartphone are not known but it could come with a HD display (1280 x 720 pixels) and position on the entry/mid-range segment.

This Dual SIM Nokia Lumia 630/635 has not yet been formalized and the presence of two ports for SIM card may suggest that it is aimed at emerging markets, although this feature is also making inroads in established markets.