The studio Remedy Entertainment has benefited this holiday season to offer a gift to Alan Wake fans. Indeed, a free pack called Bonus Materials is provided on the download platform of Steam.

Released in 2010 on Xbox 360 and PC in February 2012, Alan Wake looks like a good game going to the route of the psychological thriller due to its bleak atmosphere. The title of Remedy Entertainment is back on the front of the stage for the holiday season, since the studio offers a bonus content to download on the Steam platform.

Called "Bonus Materials", this pack contains many interesting documents for fans of the game: various videos (first demos of the game, making of documentaries and other), the concept art and illustrations, two graphic novels "Night Springs" and "Psycho Thriller" taking place in the world of Alan Wake, the game's soundtrack, and the screenplay of the game. 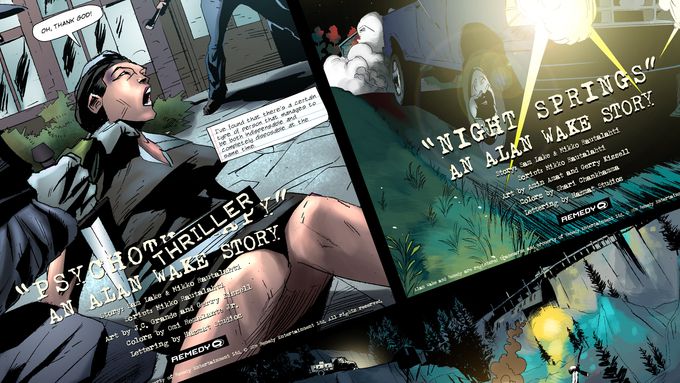 In addition to this bonus content, Alan Wake is currently sold out at a discount of 50% on Steam for a price of US$ 14.99 until January 2 2014 and exclusively on Windows.