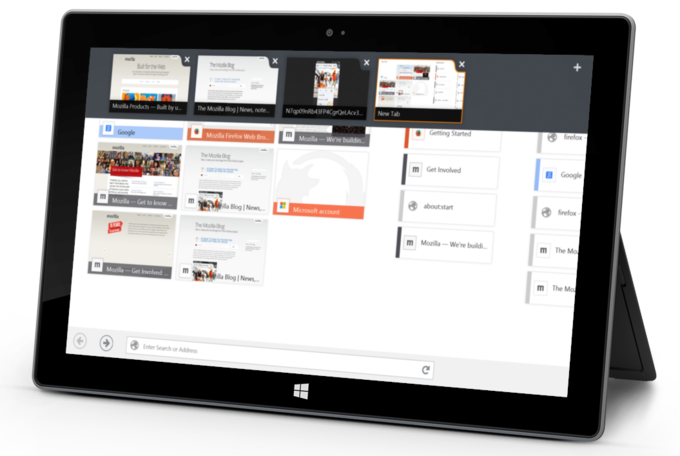 Firefox 28 introduces availability in the Modern UI environment of Windows 8. A beta test is also comes with the support of the Opus codec in VP9 and WebM.

Mozilla has delivered this week the final version of Firefox 27 that has not booked major changes to the user. Firefox 28 now available in beta, however, is a different story.

Firefox 28 introduced a mode called Windows 8 Touch. It is the adaptation to the Modern UI environment for Windows 8.x which was long overdue. As its name suggests, this mode supports touch gestures, pinch to zoom.

For this it is necessary to define Firefox 28 as default browser. On the desktop, the Firefox button gives access to an opening of the Windows 8 mode. Conversely, the user can reopen the browser on the desktop on the Modern UI. Behavior is similar to that of IE10 or IE11. 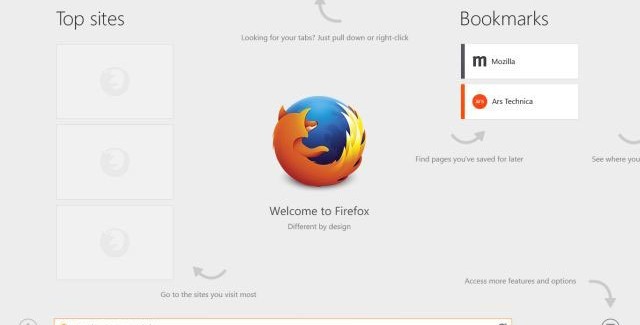 Firefox for Windows 8 opens with a home page that provides the most visited sites, bookmarks and browsing history as thumbnails. The address bar has the capabilities of the Awesome Bar (research, autocomplete) and is at the bottom of the screen. A tab bar appears at the top of the screen. Two large buttons on the left and right of the screen allow you to go back or open a new tab.

Recall that on the desktop or not, it's the same Gecko rendering engine that is operated. Media like WebGL, asm.js, hardware acceleration for HTML5 video and formats are found. Besides Windows 8 Touch mode, release notes announce video decoding with VP9 codec, as well as support for Opus audio codec with the WebM format.

A decidedly rich new version and also volume control for audio and HTML5 video, support for Notification Center OS X for web notifications are implemented. To add to this, the completion of the Gamepad API for native support for gamepads with Web applications is also included.

To drive the point, note that the new user interface Australis will be officially released for Firefox 29. Firefox 28 Beta for Windows, OS X and Linux can be downloaded from this page. A beta version is still a test version and thus likely to encounter bugs.