The company Western Digital has announced a new portable storage solution. It relies on two hard drives installed in RAID for more performance.

Called My Passport Pro, this storage solution embeds into effect with two 1TB hard drives or 2TB each mounted in RAID 0 (striping disk) for a storage capacity of 2 or 4 TB with transfer rates flirting with 230 MB/s read.

Note also that RAID 0 can be transformed into RAID 1 (Mirroring) on the initiative of the user, who will then halve the capacity, but in return for backing store for its data (so with a disc, you can retrieve a copy of the latter). 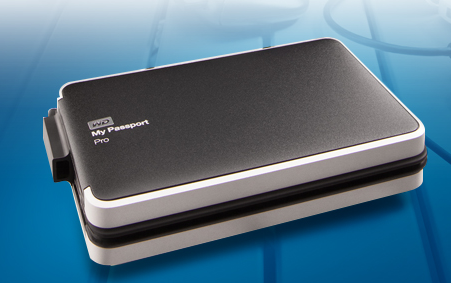 The connection of the My Passport Pro occurs in Thunderbolt for data transfer and power supply. So there is just one cord.

Preformatted in HFS+ , it will address in the first place for users in OS X environment, but it is possible to use Windows after reformatting.

According to the online shop of the manufacturer, it costs 379 euros or 529 euros depending on the selected capacity.