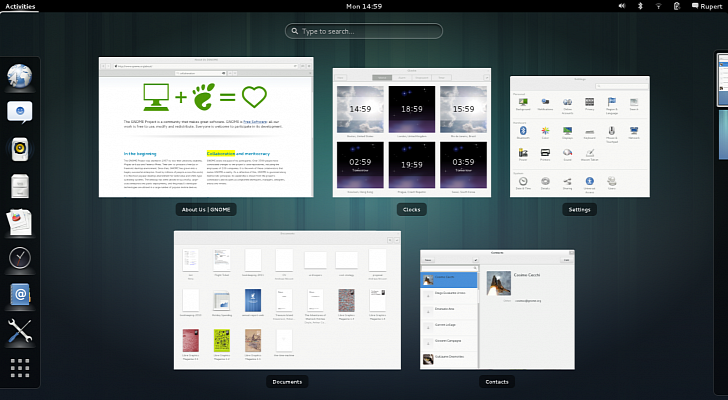 As every six months, the GNOME project has delivered a new update of the eponymous office environment. Developers announce many new features and improvements.

Among these, the improvement of research and application installation (and packages), the ability to organize applications in folders, a Video application that was reviewed in depth while the gedit text editor proposes a new design.

The Web browser is announced with performance gains for starting and loading of pages, controls have been added to the menu system status while support for HD screens has been improved.

Note that Wayland technology for displaying and entering Linux that promises improved graphics and better animations and transitions is not yet fully supported.

As usual, things are made ​​to present the latest GNOME 3.12 with documentation, whether for the end user or developers.

The video shown below also provides an overview of some of the new features and improvements: