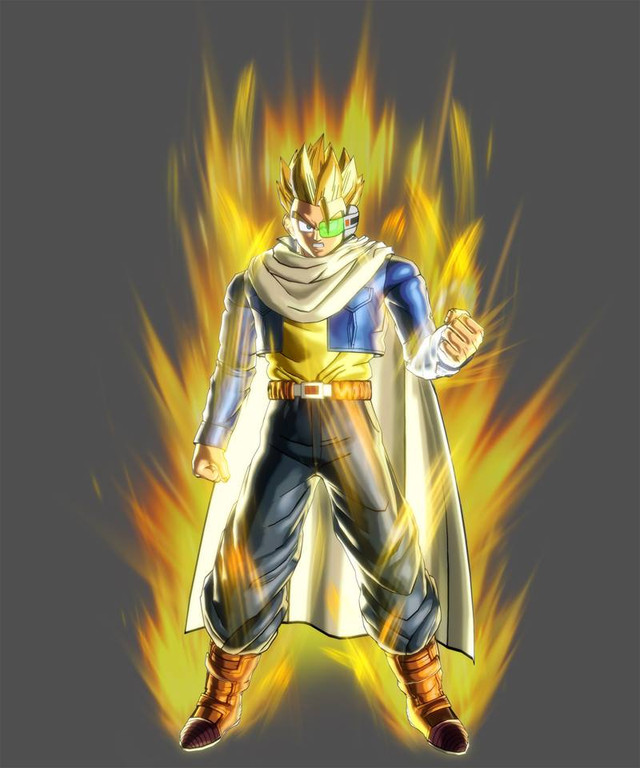 Namco Bandai has released new in-game images of the upcoming fighting game based on the DBZ license, showcasing a completely new manga character that has the ability to transform into a Super Saiyan.

Revealed within the last E3, Dragon Ball Xenoverse itself is the next fighting game based on the popular manga by Akira Toriyama. Under development at Namco Bandai, the series seems to take mostly the gameplay of its predecessors.

Japanese publisher posted new in-game images of a completely new fighter imagined for the game. A Warrior priori from the future, is very similar to Gohan and wears clothes of Capsule Corp, similar to those of Trunks.

The shots confirm that the mysterious character has the ability to transform into a Super Saiyan and seems to be more powerful than Vegeta faced with cyborgs C17 and C18. For now, the name of the fighter has not been confirmed.