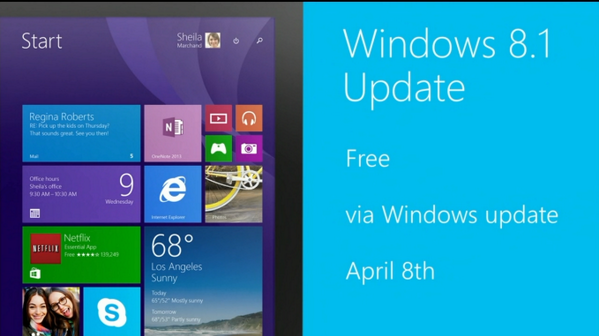 The date of August for Patch Tuesday seems to be confirmed for the second update to Windows 8.1. A priori, we should expect minor improvements to the user interface as opposed to the original plans of Microsoft.

The next update of Windows 8.1 could well go unnoticed amid the monthly updates from Patch Tuesday. According to Windows IT Pro and All About Microsoft, two usually reliable sources, Windows 8.1 Update 2 will be proposed as part of Patch Tuesday of August to be held on August 12.

We should be talking about the rest update of August rather than Windows 8.1 Update 2. More importantly, it seems that we should not expect much of this second update of Windows 8.1.

This has not always been the case since Microsoft initially planned the introduction of a mini Start Menu. The latest Worldwide Partner Conference, however hinted that the new Start Menu – as well as modern applications in windowed mode on the desktop – will be the business of Windows Threshold or Windows 9 in spring 2015.

According to All About Windows, August Update for Windows 8.1 will incorporate relatively minor improvements to the user interface. Windows IT Pro says it will not be cumulative and shall not be mandatory unlike the last day of April in Windows 8.1 which was to continue receiving security updates.