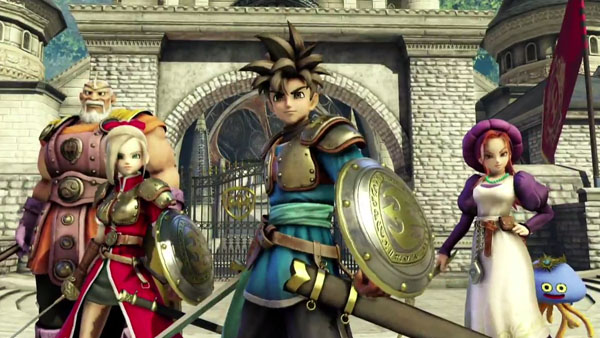 As part of the pre-TGS Sony conference, we learn the development of a new installment of the Dragon Quest series, which will be designed by the creator of Dynasty Warriors and will also be available on PS4 in the colors of play.

The popular Dragon Quest series since the 80s, is preparing to make its debut on PlayStation 4. The PlayStation press conference ahead of the opening of the Tokyo Game Show 2014 has facilitated the announcement of Dragon Quest Heroes.

This new episode will be developed by Omega Force studio, which is well known for its beat 'em all like Dynasty Warriors.

Also, the gameplay is very typical, shared by the Company, that will be deployed with the license of Square Enix, as shown in the video announcement below.

Meanwhile, Sony has announced that a PS4 series of a metal slime (sticky metal) that will also be released in Japan.

Dragon Quest Heroes is currently scheduled for 2015, exclusively on PlayStation 4 and PS3.