Square Enix has announced the development of Final Fantasy: World Wide Words, a new RPG exclusive to mobile phones and have a particular gameplay based on the fighting words.

Japanese magazine Famitsu has revealed the development of a new episode of Final Fantasy, famous RPG game from Square Enix. The title, dubbed as Final Fantasy: World Wide Words, will not be made on consoles but on smartphones and tablets of iOS and Android.

While we remember Theatrhythm Final Fantasy, which proposed the fighting in the form of rhythm game, this new episode will give us the opportunity to write the words to destroy opponents. 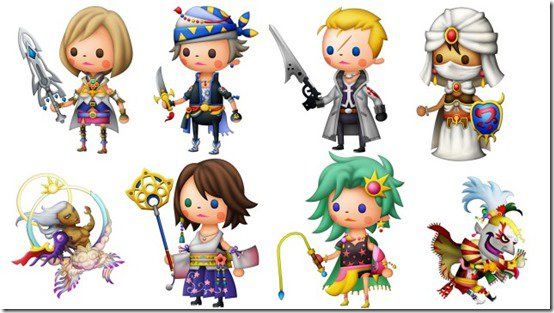 In fact, it should be required to type the words as quickly as possible to not let the enemies react. Several known different installment of the characters series will be present to offer a hand fan service.

The title will gain levels and abilities over the clashes and it will be possible to add words of your creation.

Final Fantasy: World Wide Words will be sold from September 16, 2014 in Japan and initially on Android. For iOS it is planned later. For now, Square Enix has said nothing about a western release.