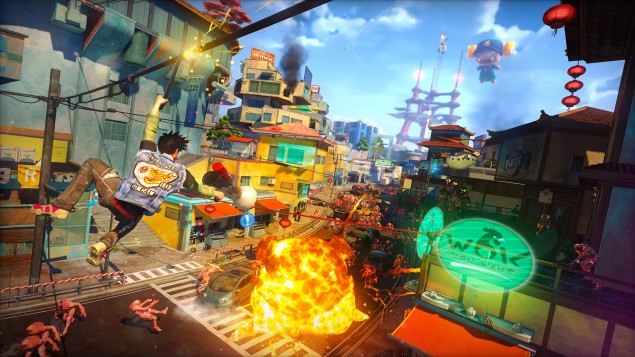 The next exclusive to Xbox One, Sunset Overdrive, will not run natively in 1080p and 60 frames per second, in the words of Ted Price of Insomniac Games.

Found it a few months ago by Microsoft, Sunset Overdrive looks like the next Xbox One exclusive game. Developed by Insomniac Games studio, the title aims to offer a real stress relief in a relatively free world.

As part of an interview with Ted Price, President and CEO of the development studio, the IGN has learned that the game's performance will not be more stressed.

Stressing the benefits in terms of CPU power of Xbox One and because of the lack of use of the Kinect camera, Price said that the game will run in a native resolution of 900p and at only 30 frames per second.

However, the CEO explained this choice was made because of the choice to "push the level of detail of the action, the size of the city and the views that you can find by scrolling." In short, the resolution and frame rate were sacrificed in favor of more important details.

Sunset Overdrive is scheduled for October 28, 2014 only on Xbox One. Recall that the game will also be sold as a bundle with a white Xbox One, to 399.99 euros.