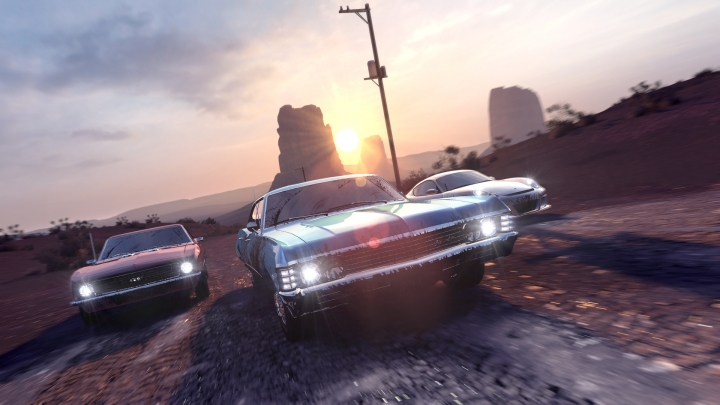 Ubisoft announced that The Crew game will not be finally released in November, but a second closed beta will be playable deployed in a few weeks ahead of the release of the game before Christmas.

The publisher Ubisoft is preparing to release another game this season: The Crew. This is an arcade racing and open world game, which will focus mainly on the multiplayer experience.

Originally scheduled for November 12th on PC, PS4, Xbox 360 and Xbox One, the title developed by Ubisoft Reflections and Ivory Tower was finally postponed to December 2, 2014.

Through its official blog, Ubisoft explained that this delay is explained by the provision of a second closed playable beta for select players to gather new feedback before finalizing the game.

Indeed, this playable version will be deployed during November. The editor underlines the need for the development team to further refine its rather ambitious decision on paper. Indeed, the title offers to navigate freely on the North American territory.