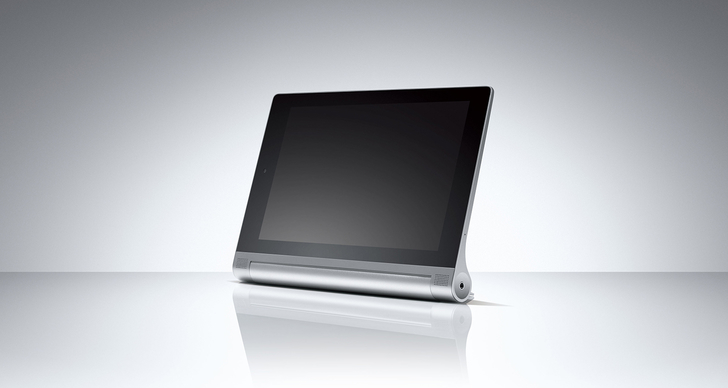 The Chinese manufacturer Lenovo still wants to get YOGA and stuff in its range of tablets including a solution of 13.3 inches, which features more with a pico projector.

With its 13.3-inch screen, the YOGA Tablet 2 Pro is indeed a tablet that is therefore positioned in the larger sizes for this type of device. Running Android 4.4 KitKat, Lenovo brings its own layer, it appears on a screen of qHD 2 560 x 1440 pixels resolution, yet its originality is to integrate a pico projector.

The latter can be sprayed onto a surface of an image of your choice with a WVGA 854 x 480 pixel resolution of up to 50 inches. The pico projector will broadcast at the same time what is displayed on the screen of the tablet.

This tablet is presented for the multimedia purpose. To this end, it has a sound system with two 8-watt speakers in the front, a subwoofer in the back. There is also a digital camera pf 8 megapixels at the rear and a 1.6 megapixel camera on the front.

With dimensions of 333 x 223 x 3.7 to 12.4 mm and weighing approximately 950 grams, the YOGA Tablet 2 Pro is equipped with a Intel Atom quad-core processor running at 1.86GHz and backed by 2GB of RAM. The storage space is 32GB and up to 64GB via a micro SD card. Autonomy announced for the battery is up to 15 hours, according to a 4G model.

The YOGA Tablet 2 Pro will be available from the end of October on the Lenovo site from 499€.