Electronic Arts has released the minimum and recommended system requirements to run Dragon Age Inquisition on PC. It is clear that it will not be necessary to have a very latest machine to enjoy. New images from the PC version are also published online.

Expected next month, Dragon Age Inquisition will be the third RPG episode of Bioware, often described as the spiritual successor to Baldur's Gate. After another very disappointing reaction in terms of fans pane, the development studio intends to catch up with this new episode, especially at its more tactical gameplay and its more open world game.

The publisher Electronic Arts has finally released the minimum and recommended configurations to run the game on PC. Despite the use of the Frostbite 3.0 graphics engine, the title does not necessarily require an extremely slick machine. However, it should still require enough components for expecting to have the optimal playing comfort. 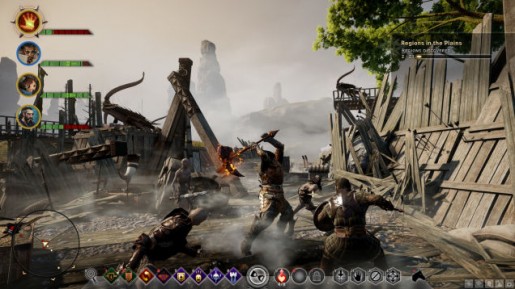 It is emphasized that the game will support the AMD Mantle technology for the Ultra HD 4K resolution. Meanwhile, the publisher has released new images of the PC version of the game, to distinguish the graphic quality that will last.