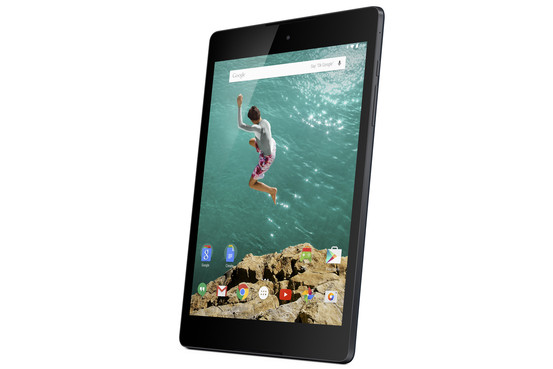 Nexus tablet 9 designed by Google and HTC is officially unveiled in the new Nexus range, first to take advantage of the new Android 5.0 Lollipop.

Leaks on the tablet Nexus 9 were numerous and its features were largely guessed ahead of the time. However, its formalization allows to finally fix the various points of an electronic product that puts HTC in the hot category of touch pads.

Nexus 9 tablet embeds a 6700 mAh battery and promises up to 9.5 hours of operation in its various modes (navigation internet WiFi, 4G, etc). The tablet offers WiFi 802.11ac wireless connectivity, Bluetooth 4.1 and NFC. On board, the new Android 5.0 Lollipop comes pre-installed.

It may be accompanied by accessory type of dock/keyboard with magnetic fasteners and stand with two working positions. Nexus 9 tablet will be offered with storage capacities of 16 or 32 GB WiFi version, and a 32 GB Wi-Fi/LTE version.