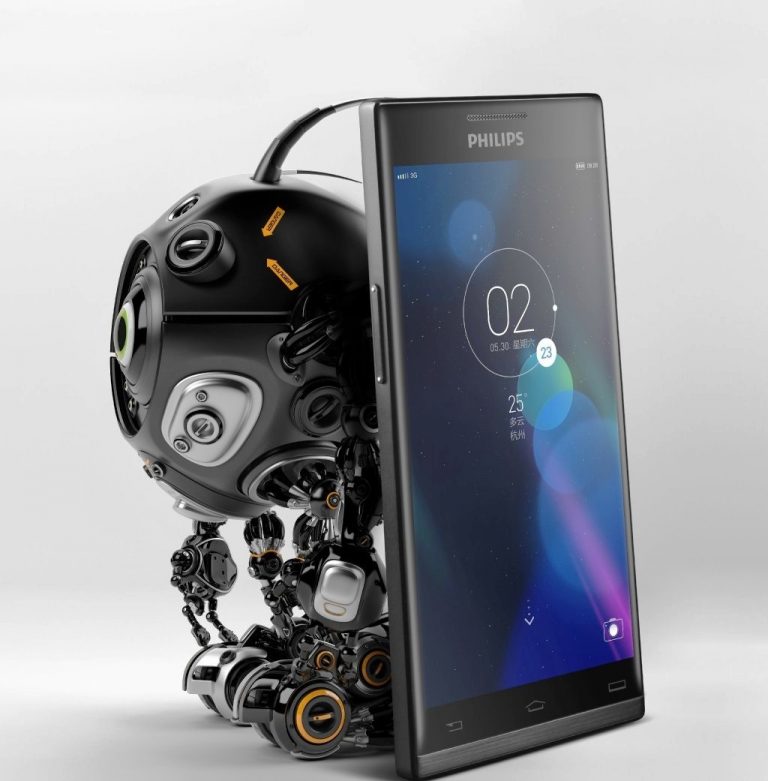 A new Phablet has been announced with the Philips label. Positioning of this smarphone is clearly upscale.

It was at an event in China about giant online sales at Alibaba and the Chinese branch of Philips unveiled a smartphone called Aurora I966.

Equipped with a 3.0 operating system of the Android environment with Yunos base, it uses the Qualcomm Snapdragon 805 platform with its quad-core 2.5 GHz processor, 3 GB of RAM and Adreno 330 graphics solution.

With this Philips Aurora I966 smartphone, the user gets a 5.5 inch display in a 2K/QHD resolution (2560 x 1440 pixels) with a resolution of 534 ppi, compatibility with 4G/LTE networks, camera sensor of 8 and 20.7 megapixel (the second is provided by Sony), a fingerprint reader and a battery capacity of 3000 mAh.

A price of 3699 yuan, the equivalent of 470 euros, has been communicated. Preorders from the Alibaba Group must begin now for expected availability from November 1st 2014.