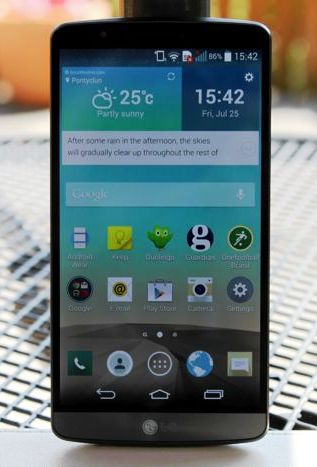 LG's flagship smartphone gets a new firmware update with improved responsiveness and autonomy.

Many owners of the LG G3 smartphone were complaining of a lack of responsiveness on the touch interface. Here's news that should snatch it up. The South Korean manufacturer has just deployed a new firmware based on Android 4.4.2 KitKat operating system to its flagship smartphone.

If the manufacturer does not provide Official patch notes, the first user feedback (Asia and Europe) indicates a significant improvement in the fluidity of navigation within the touch interface, as well as better autonomy. Even better than expected so.

The update weighs 174 MB and can be downloaded and installed from the device via a Wi-Fi connection. It is now only waiting for the notification of availability on your side. We can also update this firmware on the phone by going to "Settings > About Phone > System Update" section.