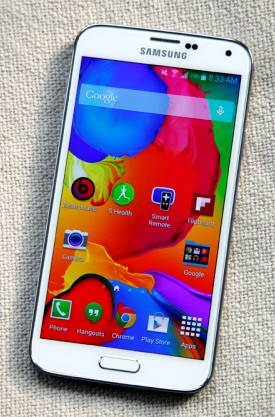 Has the upcoming Samsung smartphone reference already made an appearance in the SM-G925F reference in the AnTuTu benchmark?

After the Galaxy S5 smartphone, Samsung has extended the successful series revolutionizing the Korean group who would be working on a new model from scratch, hence the code name Project Zero, with features that are coming up range.

A prototype of the future Galaxy S6 may have appeared in the AnTuTu benchmark tool and under the SM-925F reference, according to the Chinese site CNMO. The information in the AnTuTu form reported a 5.5 qHD display (2560 x 1440 pixels) and an Exynos 7420 64-bit octa-core processor with 3GB of RAM and 32GB of storage memory.

The graphics solution would be ARM Mali-T760 GPU is used. The smartphone would have a 20 megapixel camera at the back and 5 megapixels in the front, and everything would turn to Android 5.0 Lollipop. That's all indicated for the time being, if it is legitimate, without mentioning a possible Galaxy S6 with a stretched display on edge could be on its way also.