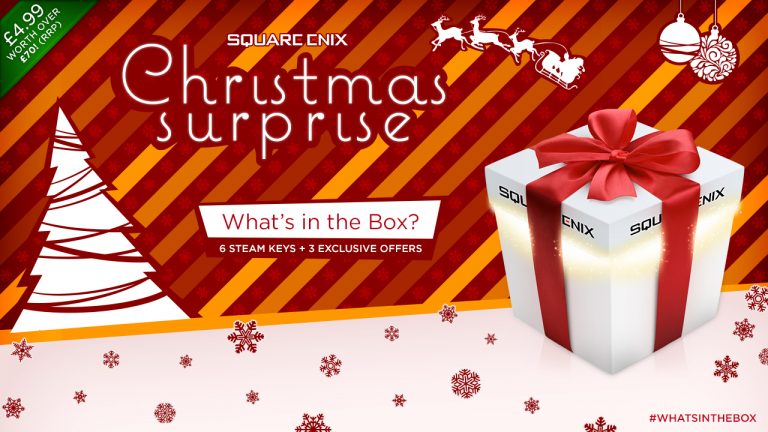 Square Enix has revealed that a Christmas surprise will be offered to players on its online store, offering a "gift" cost that includes a mysterious content that will be revealed next week.

At the approach of Christmas, promotional offers are increasing in video games, in physical stores but also on digital platforms such as Steam, which is preparing the launch of its winter sales.

The publisher Square Enix, having disappointed the fans with the announcement of Final Fantasy VII on PlayStation 4, preparing for the arrival of a "Christmas surprise" through its official online store. This is an offer priced at 6.49 euros to PC gamers.

This "gift" includes six key Steam multiple sets of the editor to use the download platform Valve announced for a typical value of 80 euros.

The exact contents of the offer will be announced on December 18, 2014 at 12pm. Until then, it is possible to pre-order at this address.