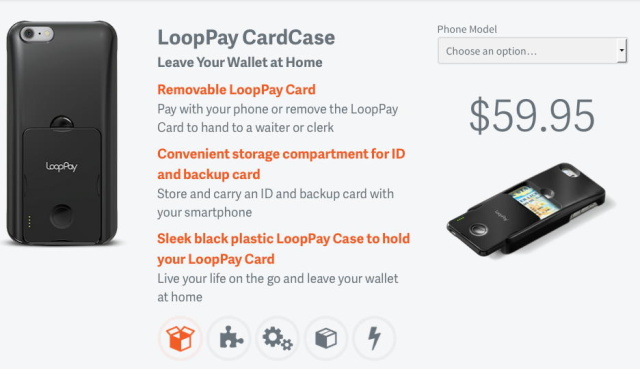 Confirming its intention to develop a competing system to Apple Pay payment service, Samsung announced the acquisition of LoopPay, the system that can accommodate most of the existing payment from devices, without requiring to have to add NFC connectivity.

At the end of 2014, Apple unveiled its new smartphone iPhone 6 but the group also launched its payment service Apple Pay based on NFC communication technology. Many attempts to launch a large-scale mobile payment service was launched but failed to break through, but the early returns on the device of the Californian group seem to be quite encouraging through integration pushed to its iOS mobile devices.

Since, it is rumored that the competitor Samsung wants to have a competing service, and in December 2014, it seemed to be interested in the company LoopPay offering a device (which can also be integrated in the shell) simulating magnetic cards (cards banking and loyalty cards) via a technology of MST (Magnetic Secure Transmission) and can be used with existing payment devices without having to adapt to accept the NFC.

This hypothesis has found confirmation with the announcement of the purchase by LoopPay by Samsung stating that LoopPay technology can already operate in principle with 90% of payment devices, without the need for investment in new equipment by traders.

The rumor of the presence of a system Samsung Pay on Galaxy S6 aboard but perhaps in future watches connected in response to compatibility with Apple Pay, will therefore be able to flare the LoopPay MST technology that can be integrated directly into a mobile device.