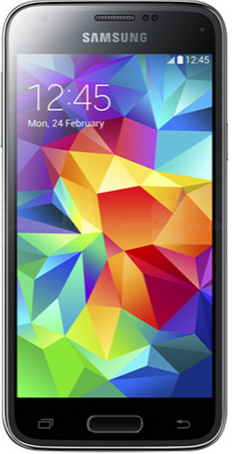 The transition to Android Lollipop operating system continues at Samsung. Another smartphone from the South Korean manufacturer will soon be getting this update.

Like its big brother Galaxy S5, the Galaxy Mini S5 smartphone was announced as part of the eligible models to upgrade to Android Lollipop system. But while the announcement was in October 2014, users are still waiting and they will still have to be patient.

For now, the Galaxy S5 owners have already got the Android Lollipop system, soon its little brother Galaxy Mini S5 will get a taste of it in the second quarter of 2015. This is what was stated by branch of the group.

The time may seem long, but the news is always better for those with a Galaxy S5 Active, enhanced variant of the Galaxy S5. Despite a similar data sheet, the last update was from Android 4.2 to Android 4.4.

Recall that the Android Lollipop update is accompanied by improvements in notifications, security and autonomy, plus those specific overlays by different manufacturers, those in the case of Samsung TouchWiz. Videos with the Galaxy Note 4 , the Galaxy Note 3 and Galaxy S4 allow to have an overview of new products.