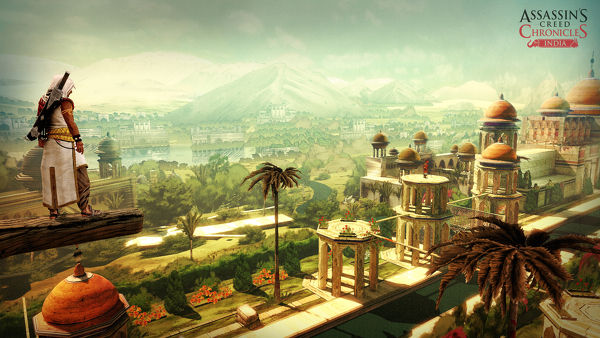 Ubisoft recently unveiled Assassin's Creed Chronicles, a trilogy game on PC, Xbox One and PS4 to be held in China, India and Russia. A video reveals these three adventures with unreleased assassins to embody.

Ubisoft has the sequence of ideas with its license Assassin's Creed. Meanwhile Assassin's Creed Victory will come out later on PC and gaming consoles, the publisher has announced the development of Assassin's Creed Chronicles, which will consist of a trilogy of games on PC, PS4 and Xbox One.

The first Assassin's Creed Chronicles: China, was revealed for the first time last year. The title offers a progression of 2.5D in China during the year 1526 to Shao Jun order. The song is available on dematerialized format aforementioned media as of April 22, 2015, free way for owners of a Season Pass, otherwise to 9.99 euros.

The second, Assassin's Creed: India, highlights another assassin known as Arbaaz Mir in India in 1841.

Third, Assassin's Creed: Russia, Nikolai Orelov propose to follow in Russia in 1918, the year of the end of the First World War.

To get an idea of the three new games based on the famous license from Ubisoft, the publisher delivers a video that shows it globally. The grip is similar, but the graphics will change depending on the universe and time. Release dates of Assassin Creed Chronicles: India and Russia have not yet been revealed.