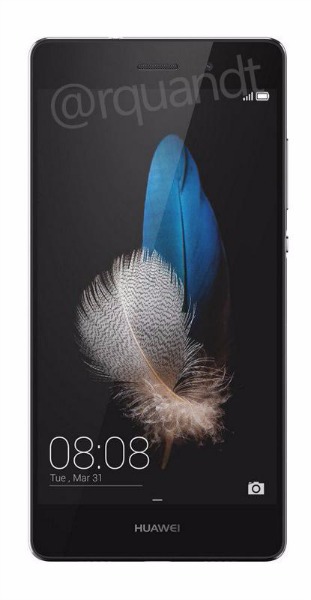 Huawei P8 Lite smartphone is recently displayed on the Web. A price was also leaked.

Alongside a smartphone P8 which must be formalized in mid-April during an event organized by Huawei, some expect a model P8 Lite. As the name suggests, it would be a lighter version and therefore more affordable from the Chinese flagship.

Today there will be a question of design for P8 Lite. Photos supposed to come from a dealer working with Huawei shows the white and black versions of the Chinese smartphonem as found on the Web. The highly sanitized side shots suggests to official records for the press. So we can give them some credit.

Note that a price has also been provided by the source. It will thus count in the 250 dollars, excluding operator subsidies, for Huawei P8 Lite smartphone.