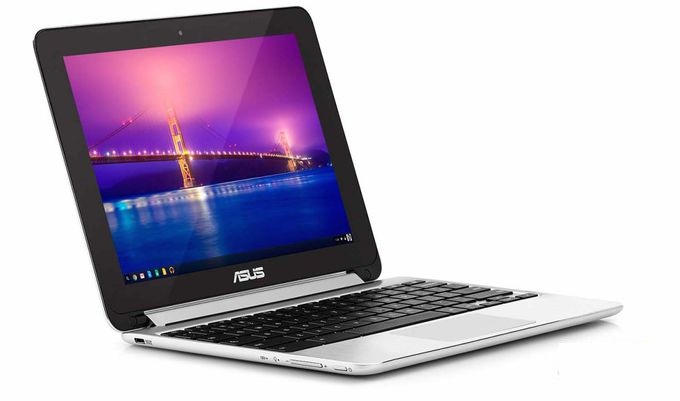 The giant Google intends to diversify the devices that will allow it to distribute Chrome OS, Web-oriented environment based on the Chrome browser. This can be seen from Asus which, in addition to the HDMI Chromebit key, unveiled a hybrid mobile device called Chromebook Flip. With a touch screen that can perform a backward rotation, Asus Chromebook Flip can indeed endorse tablet, video screen and desktop station. 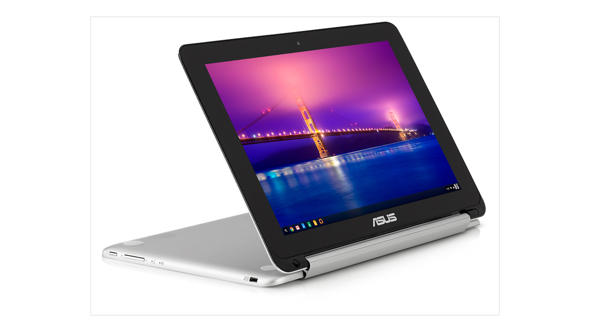 To animate, the choice fell on a Rockchip RK3288 chipset. Thus we find an ARM Cortex-A17 quad-core 1.8 GHz processor coupled with 2GB or 4GB of RAM and a Mali-T764 GPU solution to power a 10.1-inch IPS panel with 1280 x 800 pixels resolution or any device connected to Micro HDMI. There is also a 16GB flash memory expandable with MicroSD, USB 2.0 ports and Wi-Fi AC/Bluetooth 4.0 connections. All within 15 millimeters thick and weighs 907 grams with a battery providing around 10 hours.

A price of $249 was sent to the North American market.